Please don’t forget your mask! In accordance with the current indoors mask mandate, all guests at the Hampshire House are required to have face covering when not actively eating or drinking in designated areas. Members who are not fully vaccinated, immunocompromised, or otherwise MIGHT feel uncomfortable attending in-person will still have the option to enjoy recordings of the speakers.

As always, this is an ever evolving situation, and we are doing our best to have a safe and fun season!

“How to Find Your Calling…One TV Show at a Time…” 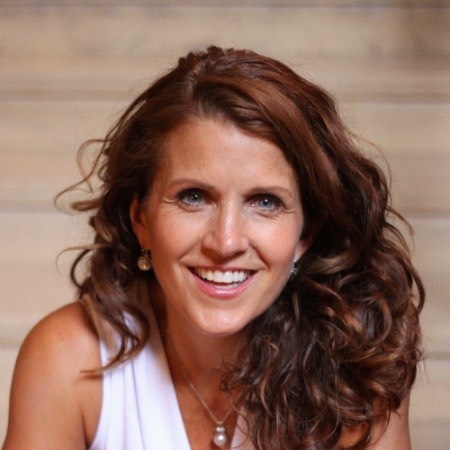 Dr. Camille Preston is CEO and founder of AIM Leadership. Since founding AIM Leadership in 2004, she has worked with leaders across sectors and the capital stack. As a business psychologist, Camille brings research and insights from psychology, neuroscience, and business to her work. Whether supporting Fortune 500 leaders, startup founders, or C-suite executives in healthcare, Camille’s sweet spot is helping uncover hidden barriers to increase the capacity to optimize, innovate, and manage change.

In addition to working as a coach and business psychologist, Camille is author of two books, a regular contributor to several established publications in the business and psychology fields, and the author of a growing library of actionable resource tools available on AIMLeadership.com.

A life-long challenge seeker, Camille has lived on four continents, worked on six, and traveled extensively. She is a proud partner to Mark and proud parent to Pres and Adie with whom she shares a home in Cambridge, Massachusetts.

“The Longevity Strategy for a Higher Quality of Life” 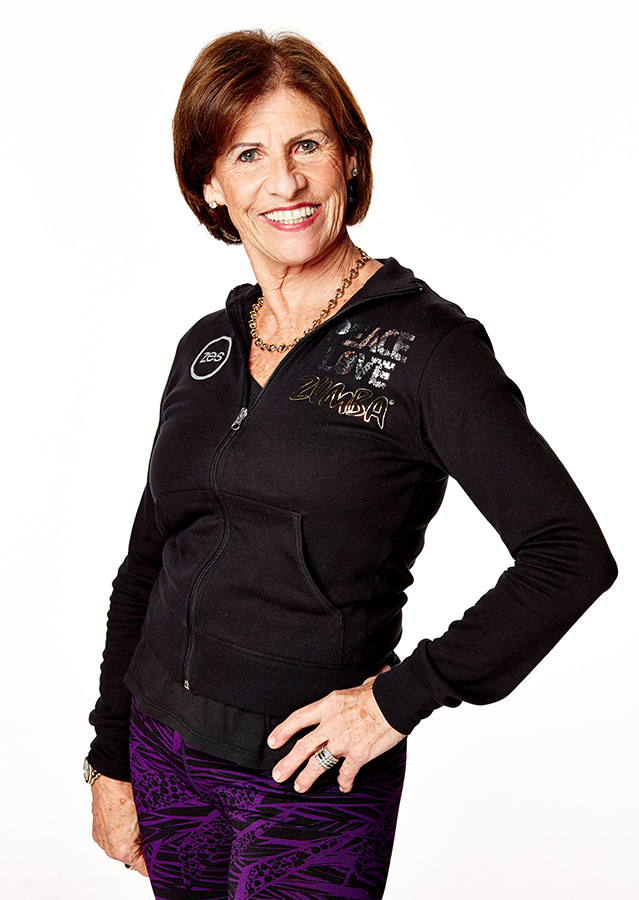 In addition, Ms. Gardiner received the ACE Instructor of the Year award in 2005 and the IDEA Health and Fitness Association Instructor of the Year in 2002. She also collaborated with Joy Prouty in creating eight “Fit Over Fifty” videos, which were produced by Healthy Learning and endorsed by the American College of Sports Medicine, and two “Fitime: Lite and Easy Workouts to Lift Your Spirits” and Flexible Seniors DVD’s. Josie is co developer of the Zumba Gold Training Program. Ms. Gardiner has presented fitness training sessions internationally. She has been featured on Chronicle and appeared on The Today Show as well as in interviews for many other media outlets. Josie was a Reebok master trainer for 20 years. She recently has joined The Vitality Society for the 60+ as an advisor and coach.

Josie Specializes in personal training and group exercise programs for the aging population. She is a cancer survivor and proud grandmother of five.

“All the World’s a Stage, From Boston to Broadway and Back” 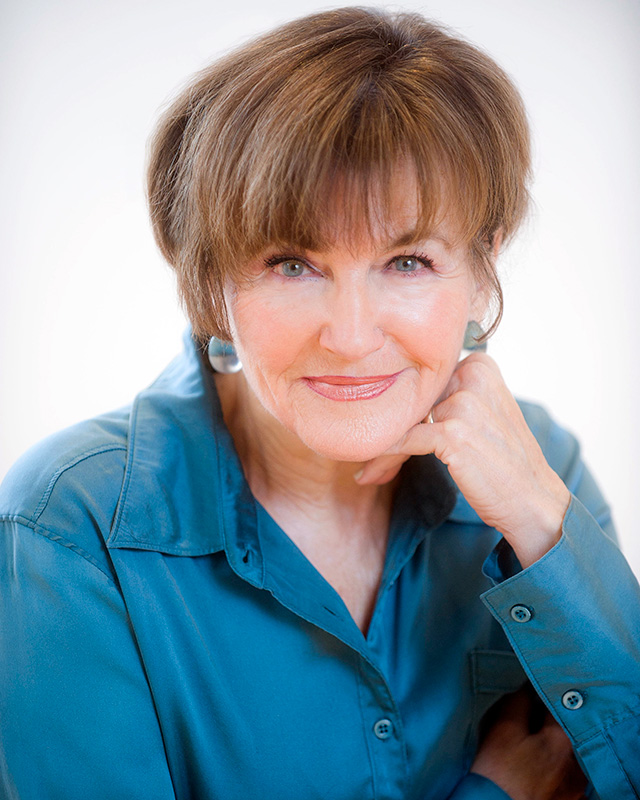 Annette Miller Received the 2018 Berkshire Theater Critics Association Award for Best Actress in a Leading Role as Katherine in Mothers and SonsElliot Norton and Irne Award for best actress as Golda inGolda’s Balcony (2003); Elliot Norton best actress nomination for Martha in Martha Mitchell Calling (2006). Florida Carbonell Award best actress nomination for Vi in August Osage County (2012). She most recently played Madeleine Palmer in a Zoom /Film “Breath of Life“ and coming up this Fall Annette is featured as Esther Greenbaum in a new play for Zoom / Film “You Will Not Play Wagner” and can be seen In “Don’t Look Up” with Leonardo DiCaprio and Jennifer Lawrence for Netflix. She will also be narrating the opera Brundibar at the BSO for the Terezin Music Foundation featuring Yo-Yo Ma. 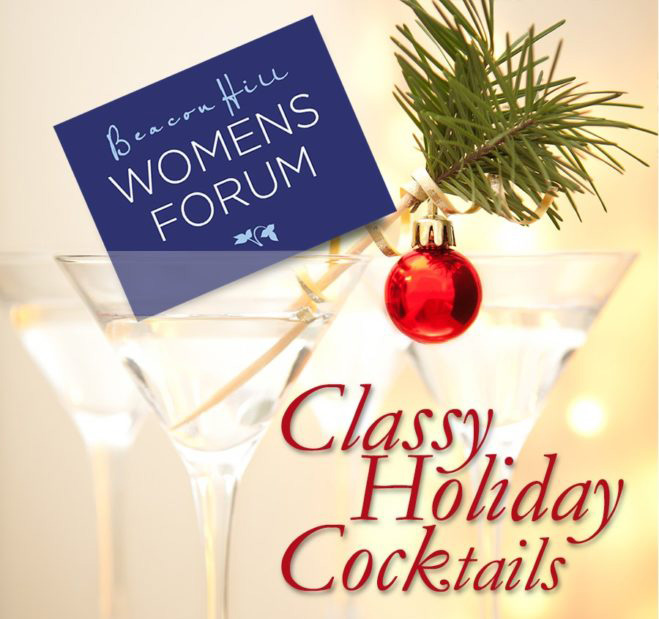 “Who’s Your Anchor? Creating Trust, Connections, and Community in a Turbulent World” 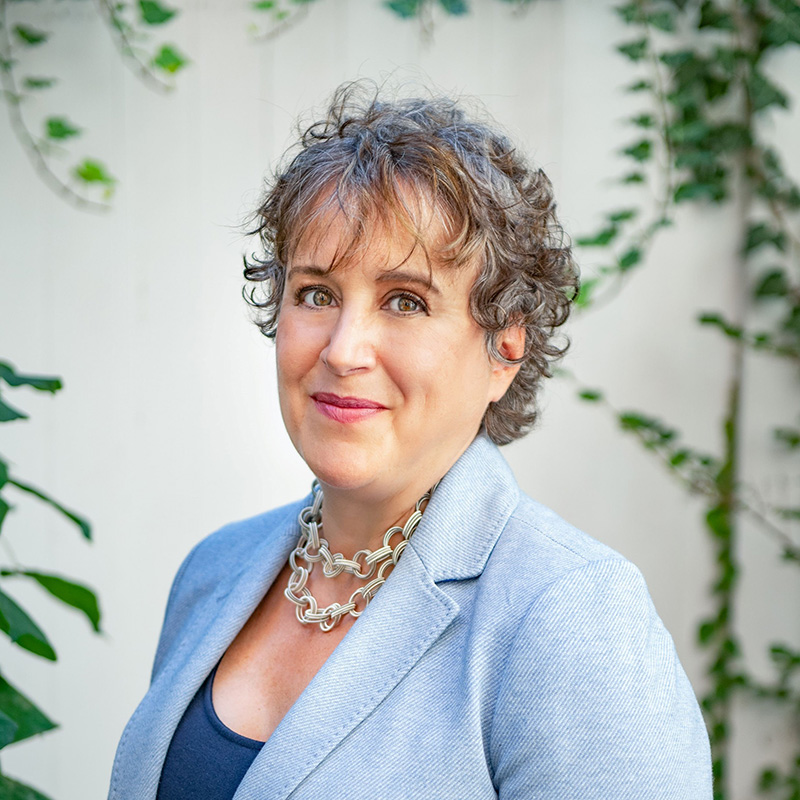 Shayne Gilbert thrives in creating connections and building community. Before it became the Seaport, she created the Cyber District, a community of artists and technologists in the old warehouses just beyond the Children’s Museum. A casual lunch of venture capitalists and entrepreneurs led to the founding of the Nantucket Conference, an annual gathering of investors, founders and executives where the connections are valued for their strategic and personal worth. From the Nantucket Conference came the Convergence Forum, a similar community of innovators in healthcare and the life sciences.

Passionate about solving inequities in the workplace community, Shayne founded Campseekers. A national network of childcare providers developed to help alleviate the stress of finding school break solutions for working parents, the network was ultimately acquired by Bright Horizons.

Today, Shayne also serves as the Executive Director of the Canadian Entrepreneurs in New England (CENE) where she helps to strengthen cross-border relationships between Canadians in the United States and their counterparts in Canada.

Her personal passions include STEM education, specifically for girls, for which she created the Girl Hackathon. Shayne has also enjoyed working within the Beacon Hill community, with involvement in both the Myrtle Street Playground and the Phillips Street Playground. She also supports various theater and arts initiatives.

Shayne is anchored, not only by the many connections among these communities, but also by family and friends. In a turbulent world, her Beacon Hill neighbors became her immediate family, meeting on their stoops and checking in on one another in the most challenging of times. Her most important anchors are her husband, Bob, and her daughter, Marlie, who give her the love and support to make the connections and build these many communities.

“From Burnout to Bliss! With Natalie Rekstad” 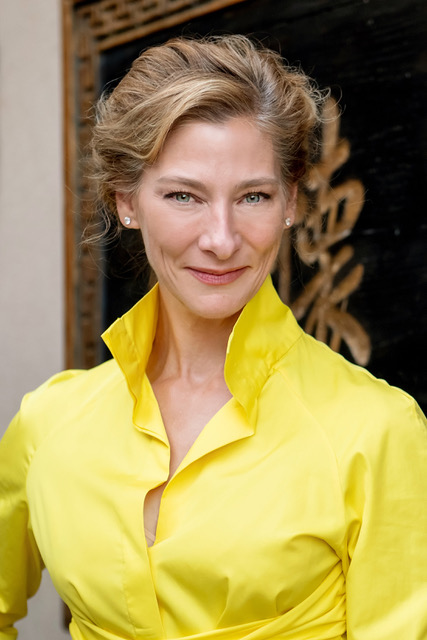 Natalie Rekstad leads a purpose-driven life as the Founder and CEO of Black Fox Philanthropy, a leading fundraising strategy firm serving global NGOs that exists to accelerate the social sector’s effectiveness in solving complex problems on a global scale. As a B Corp social enterprise, Black Fox Philanthropy measures the triple bottom line of people, planet, and profit. She helps build fundraising capacity for NGOs through a series of trainings held around the world, including as a delegate and contributor to the Skoll World Forum, Ashoka Arab World, Opportunity Collaboration, the ecosystem of the World Economic Forum, and has been chosen to be a delegate at TED 2022 in Vancouver, B.C.

Natalie is a Women Moving Millions member and an MCE Social Capital Guarantor, a gender-lens angel investor, and is a newly minted member of the Founders Pledge.  Further, she has been honored by Conscious Company Media as a “World Changing Woman in Conscious Business”, and her firm, Black Fox Philanthropy, is proud to be selected as a B Corp “Best for the World” Honoree as a Changemaker.

Along with her daughter, Sophie, Natalie is an award-winning children’s book author: “The Secret Adventures of Anonymouse”, a random acts of kindness/philanthropy/SEL picture book aimed at 3 – 6-year-olds, is being translated into over a dozen languages worldwide, reaching over 100 million children through social-emotional learning (SEL) curriculum designed by Think Equal, based in the UK.

“Children and the COVID-19 Pandemic” 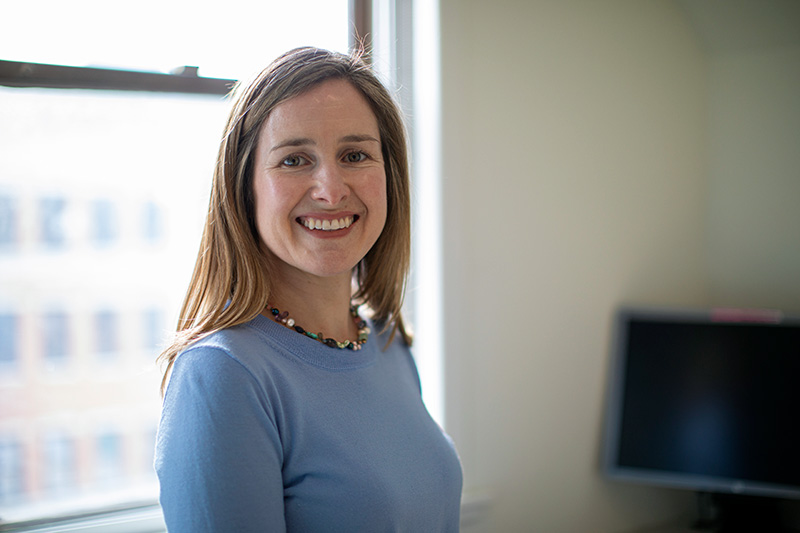 Lael Yonker, MD is a pediatric pulmonary physician-scientist, committed to improving the care of children with pneumonia and respiratory diseases. Dr. Yonker is the Director of the MGH Cystic Fibrosis Center and Co-Director of the MGH Cystic Fibrosis Therapeutic Development Center. Since the outset of the COVID-19 pandemic, she has led the Pediatric COVID-19 Biorepository at the Massachusetts General Hospital and has helped shape our understanding of how SARS-CoV-2 affects newborns, infants, children and young adults. Her research focuses on inflammatory responses to airway infections and she is investigating the impacts of viral load and immune responses in children with SARS-CoV-2 infection or the late COVID-19-related inflammatory illness, Multisystem Inflammatory Syndrome in Children (MIS-C). She is a mother of two school aged children.

“Doing It My Way: Creating a Women Focused Business in a Male Dominated Industry” 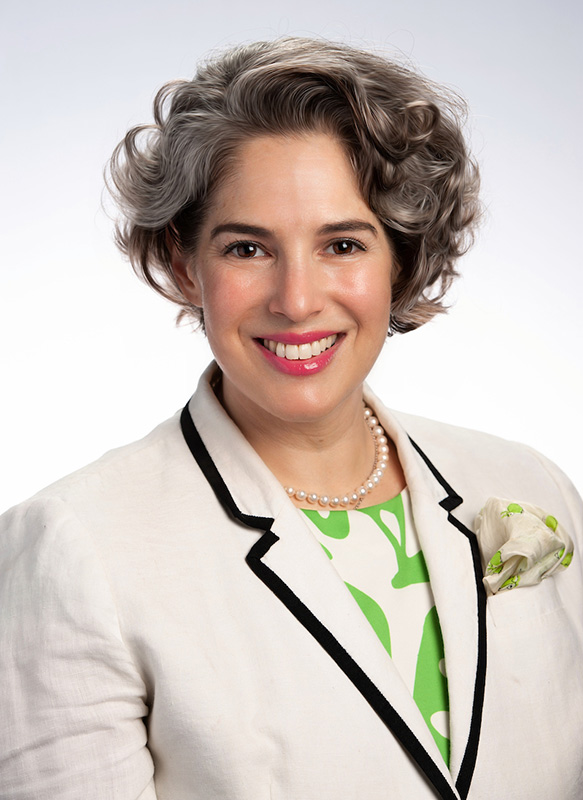 An experienced investment professional for more than 23 years, Sandra focuses her business on holistic wealth management and planning for women. She helps women organize and understand their financial lives and guides them along a path toward their goals. Sandra wants women to be comfortable with their financial decisions and helps them to that end.

Formerly, Sandra spent 17 years gaining experience and training at Morgan Stanley Wealth Management. She is a graduate of Wheaton College with a Bachelor of Arts in Economics and is a CERTIFIED FINANCIAL PLANNER ™ and Certified Divorce Financial Analyst ®.

Sandra was a speaker for the Society of Actuaries on their webinar Women: Longer Lives, Bigger Burdens in 2020. She presented on Financial Empowerment for Young Women in 2019, for a TEDxYouth talk. She was a panelist for the Spark Collective Inspiring Women Series: Women & Money 2018, Women Willpower Summit 2017 and at the Women2Women International Conference 2014, as a “Woman Making Change.” Sandra was the recipient of the 2013 Wheaton Alumnae Achievement Award for her professional accomplishments and community service. She has been featured in Barron’s/MarketWatch, Boston Globe, Exhale Lifestyle and Money.

Sandra resides on Beacon Hill with her most valued assets: her husband, George, and son, Lachlan. She is an enthusiastic urban gardener, adventurous recipe explorer and loves floral design. She makes a concerted effort to find time to enjoy her friendships and volunteer in her community. Sandra was President of the Beacon Hill Women’s Forum for the 2016-18 seasons, and also volunteered as Gala Chair in 2019, for the Beacon Hill Civic Association and is the 2022 Chair of the Beacon Hill Garden Club Hidden Garden Tour. 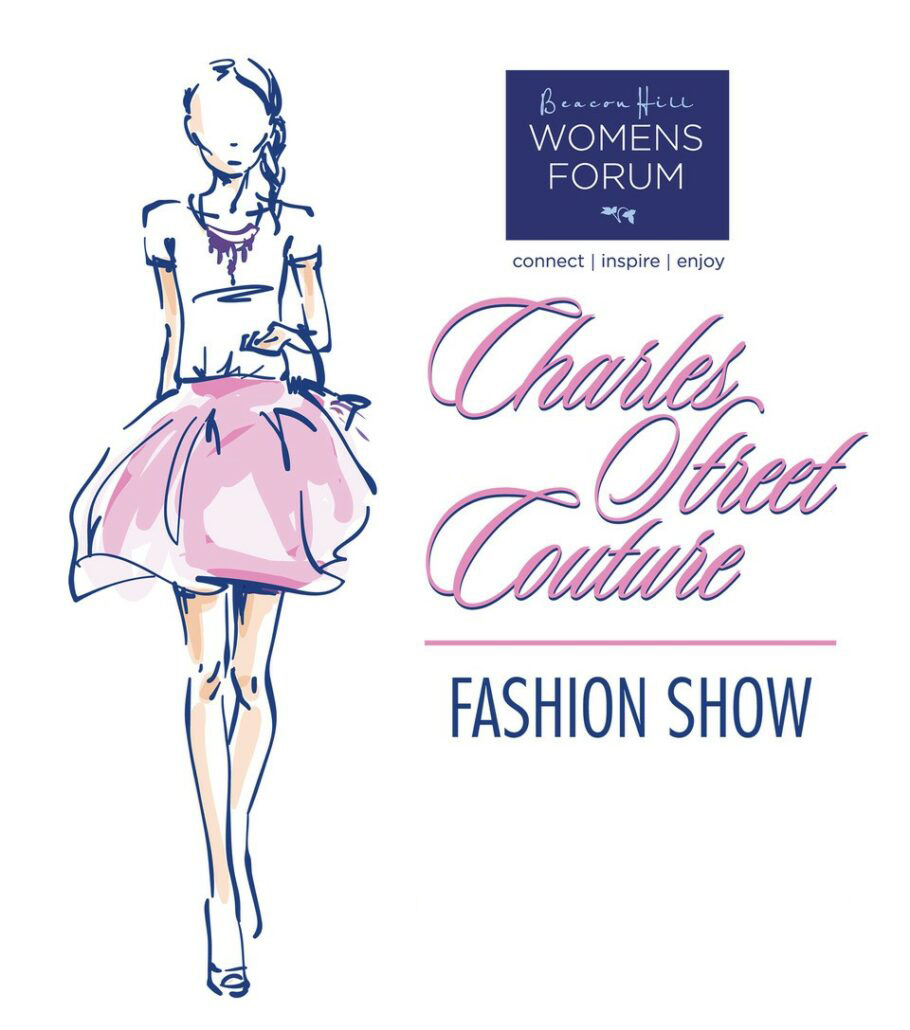 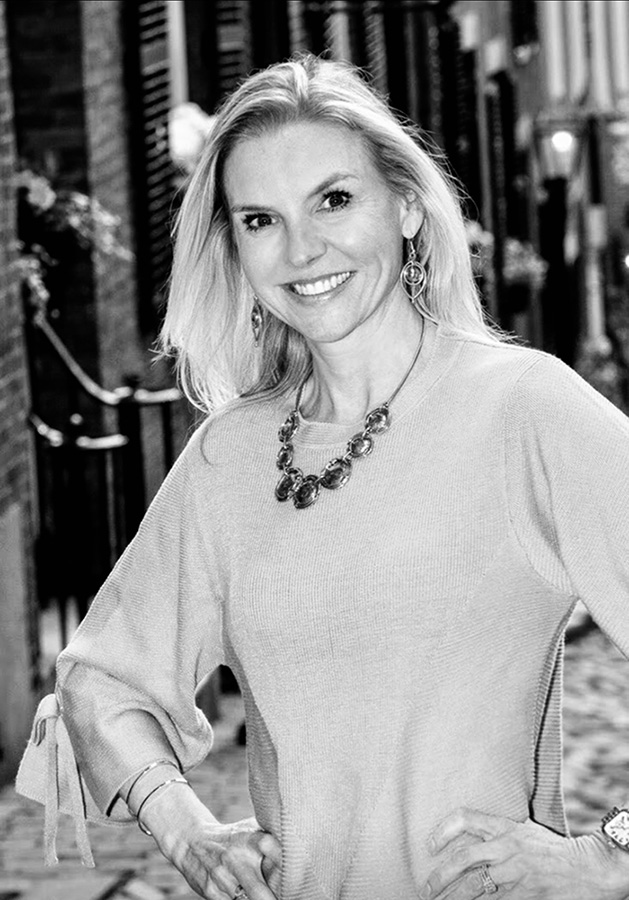 Cindy Sullivan has lived on the Hill with her husband and 17-year-old daughter for the past 18 years. After a long career in Public Relations and Marketing, Cindy decided to take the leap and follow her true passion for health and wellness. Today, Cindy runs her own private in-home personal training and fitness company, specializing in midlife and senior fitness. Her goal is to empower women to feel great, regardless of their age, size or fitness level.

You can often see Cindy and her team making house calls in the neighborhood. When not focusing on her clients, she is typically trying to keep up with her daughters Boston Latin academic and social schedule. Cindy is looking forward to swapping out her workout clothes to join the amazing women of the BHWF!

BHWF in the news! If you missed our last Forum spe

9 Perfect Strangers Recap: We dove right in to dis